The Idea Realization Lab at DePaul opened in September of 2017, and has grown into a strong student community for all DePaul students since then. At the end of the 2017-2018 academic year, I began writing reports that I share with administration and the public.

* Here’s the report that I wrote on the IRL for end of May.

* And here’s a video interview that I did recently for DePaul’s “Good Day DePaul” show on our space:

* Finally, here’s a piece about the IRL and my work at Caterpillar that got published recently in DePaul’s “In the Loop” magazine: 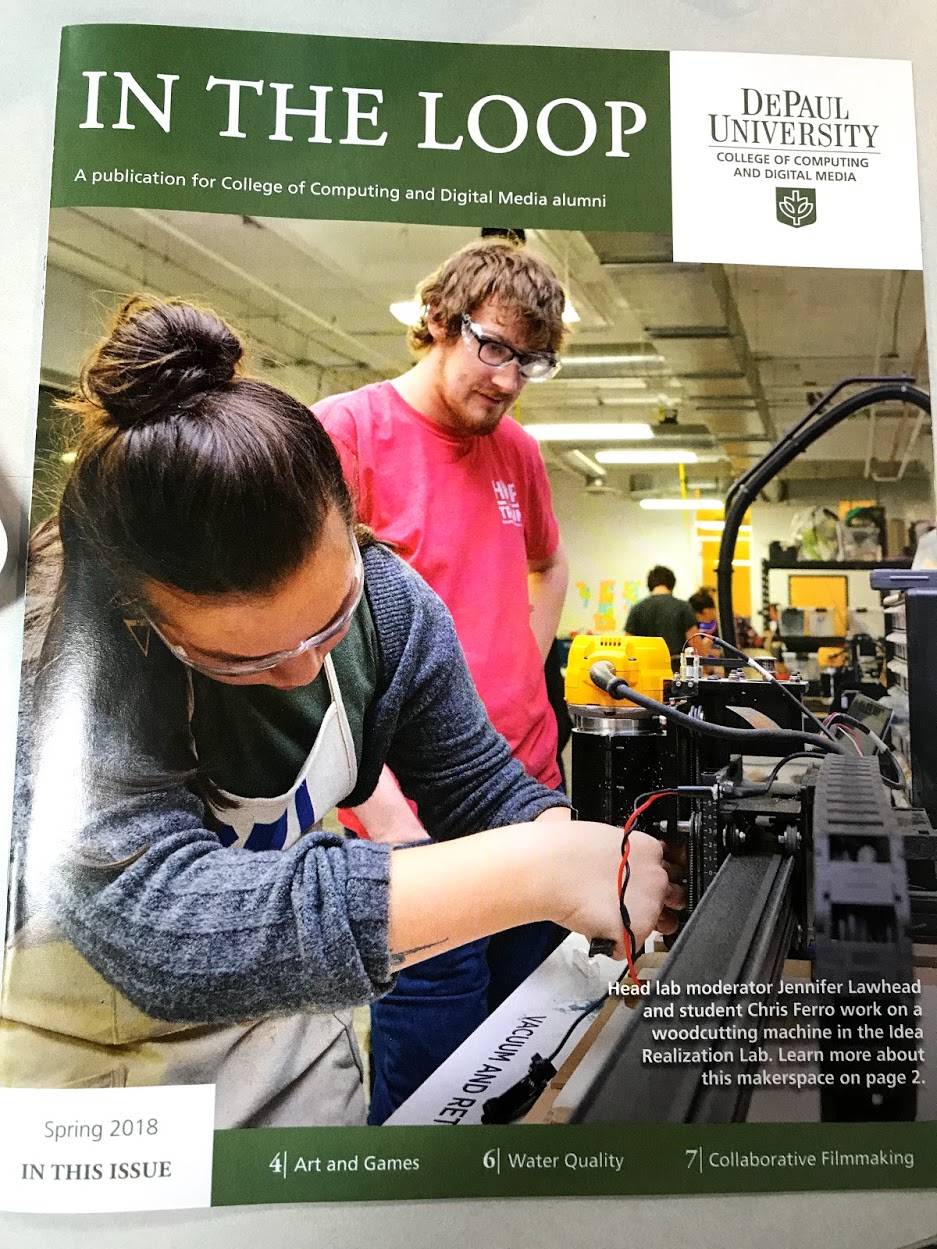 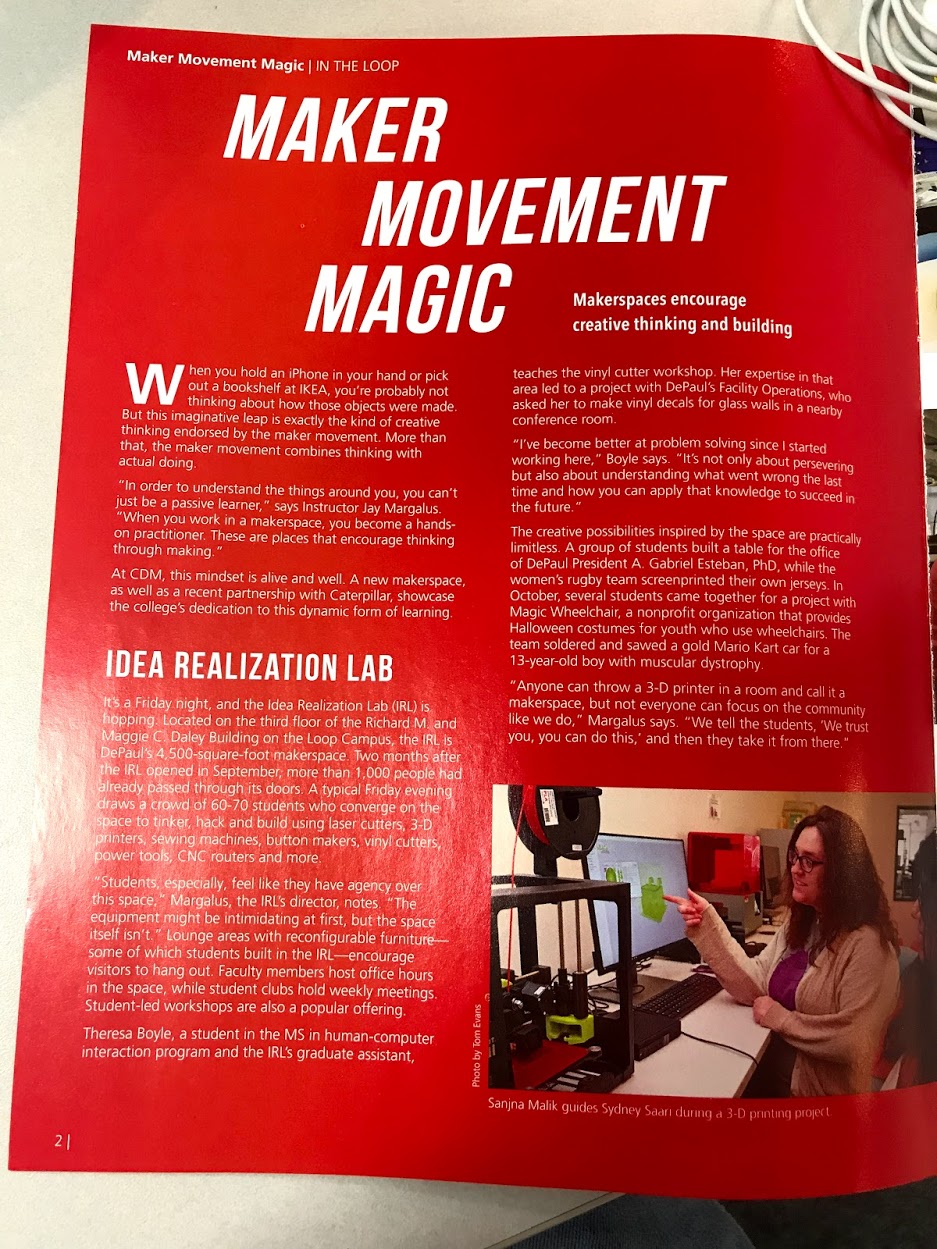 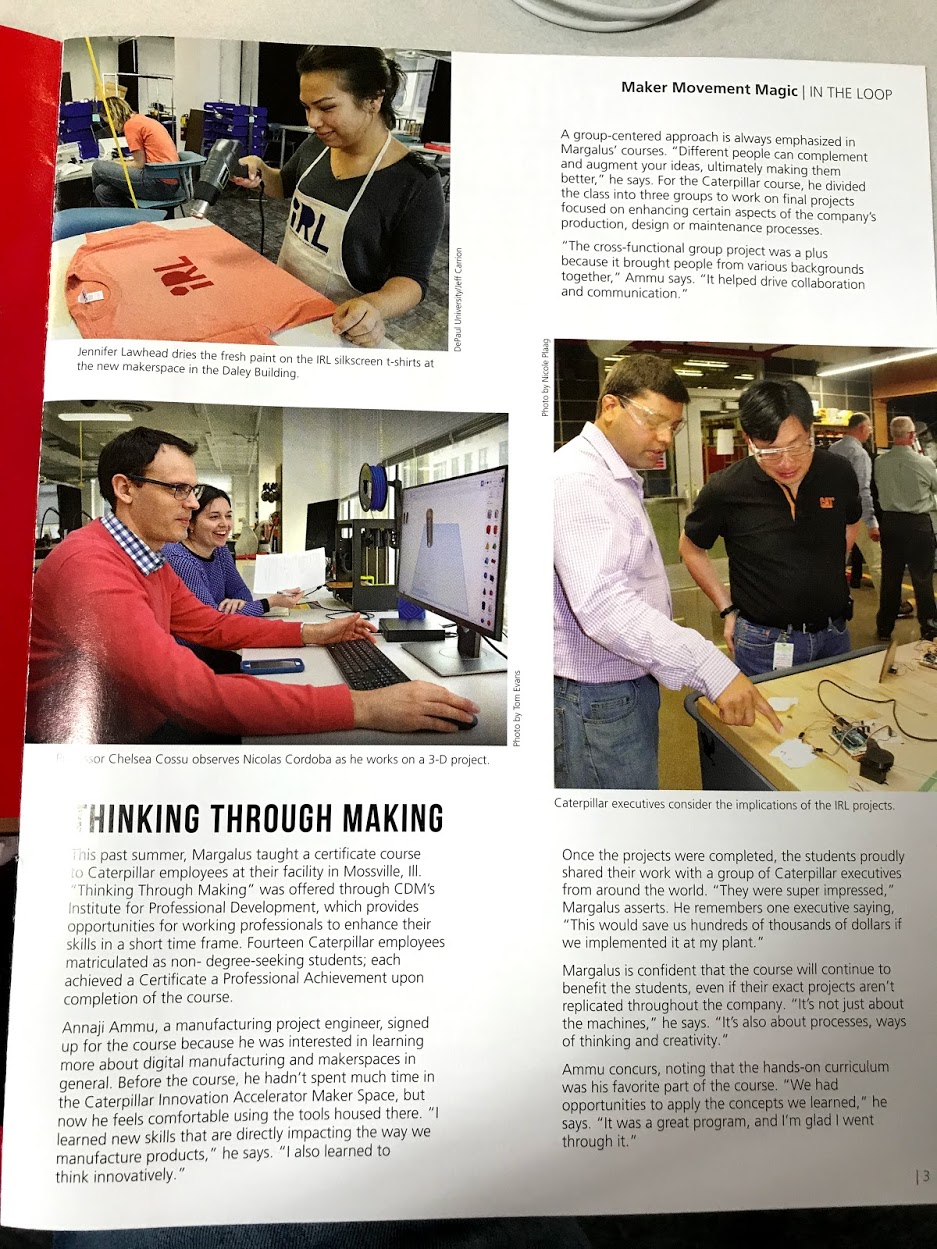